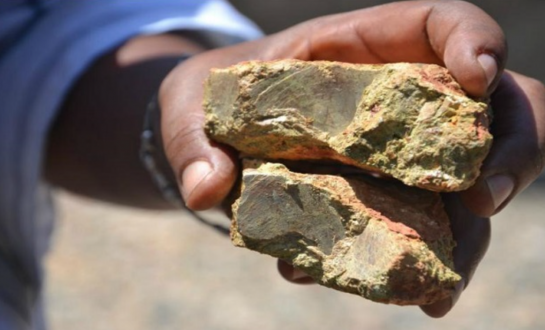 From computers and phones to cars and jet engines, rare earth minerals play a massive role in today’s technology.  Rare earth minerals refer to 17 different elements that, despite their name, are generally plentiful but provide numerous challenges in extraction and mineral processing. These minerals have unique magnetic properties that make them a crucial component in many modern technologies we enjoy today.

There are two primary methods for mining rare earth minerals. One process involves removing and transporting topsoil to a leaching pond where chemicals are then used to separate metals from the topsoil. Another standard method requires holes to be drilled into the ground. Hoses pump chemicals into these holes to flush out the soil which is then separated in a leaching pond.

A different approach to mining rare earth minerals is urban mining. This eco-friendly alternative helps us recover rare earth minerals from used electronic products, buildings, and more. The more minerals we can recover from our e-waste, the less we need to extract from the earth! Currently, less than 12% of the over 50 million tonnes of e-waste produced each year is recycled.

To learn more about urban mining and the recovery of e-waste, be sure to contact Sepro’s dedicated urban mining team for custom, cost-effective solutions.

Getting to Know Rare Earth Minerals

One of the most common rare earth minerals, cerium plays an important role in our cars! Located in the catalytic converter, cerium helps convert the toxic exhaust created by a car’s engine into carbon dioxide which is substantially less harmful. Thanks to the cerium in our vehicles, the air we breathe is far less toxic and polluted.

Cerium can be found in numerous minerals such as bastnäsite and monazite and is often recovered using solvent extraction. Large deposits of cerium are mined in the USA, China, Russia, and India.

If you have ever walked through the TV aisle at a department store and admired the eye-popping colours—you are well-acquainted with gadolinium! Responsible for the green colour that our TVs can produce, gadolinium is the reason the lush forests of Jurassic Park and Jumanji look as great as they do. Gadolinium also proves to be a versatile mineral by playing a crucial role in our hospitals. Used as a contrast-enhancing agent in MRIs, Gadolinium can help doctors find internal bleeding and tumours.

Gadolinium is often found in gadolinite, bastnäsite and monazite. Mines for Gadolinium can be found in the USA, Brazil, India, Sri Lanka, and Australia.

You might have Yttrium in your pocket as you read this! Found in many cell phones such as iPhones, Yttrium is used in both your phone’s battery and to make your screen colourful. Like Gadolinium, Yttrium is incredibly useful to the medical community. Yttrium radiation therapy is a highly successful way to treat certain forms of cancer such as liver cancer.

Yttrium is present in almost all rare-earth minerals such as bastnasite, fergusonite, monazite, and more. Most of the world’s Yttrium is mined in China, although mines can also be found in the USA, Brazil, India and Australia.