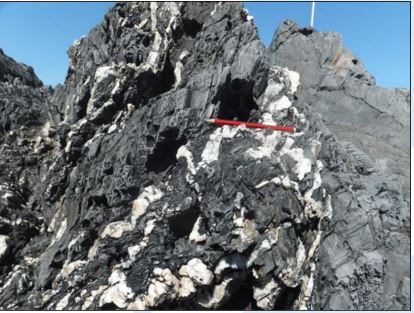 One of the most significant books on the art of mining and mineral processing was published more than 450 years ago. De Re Metallica by German scholar Georgius Agricola was published in Latin in 1556 and served as the authoritative guide to the mining and refining of metals for over a century. In 1912, mining engineer and former U.S. President Herbert Hoover together with his wife Lou Henry Hoover, a geologist and Latin expert, published the first English translation – launching the book’s popularity to another level. In the following paper, we explore two significant aspects of De Re Metallica, and how they are relevant today.

Agricola’s book withstood the test of time because it touches on two core principles of mineral processing: creating heterogeneity (making things different or discovering differences that already exist) and exploiting differences. Once we have created or identified these differences, we can use them to separate valuable minerals from barren rock. Mineral processing, in simple terms, is the process of separating commercially valuable minerals from other rocks.

In order to separate the valuable minerals from the gangue, it is necessary to crush and/or grind the rocks to a size where they are partially or fully exposed, or “liberated”. The process of crushing and grinding is referred to as “comminution” and is the most energy-intensive stage of mineral processing.

After creating heterogeneity by liberating the valuable minerals from the waste rock, the next step is to separate these particles from one another by exploiting their differences. Mineral particles can be different from one another in a variety of ways, and a number of these differences can be used for efficient separation at a commercial scale.

Sometimes minerals will respond differently to the same comminution process. This could be because one mineral is softer than another and breaks apart more easily, or because it naturally has smaller or larger mineral grains. A good example is the tin mineral cassiterite, which breaks apart very easily during grinding and can generate a lot of extremely fine particles called “slimes”. When this occurs, the different minerals can often be separated by exploiting the differences in particle size using either a screen or a hydrocyclone.

Occasionally minerals in an ore will have a significant difference in colour that allows them to be separated optically. A good example is a white quartz vein containing gold against a dark granite gangue mineral (see figure 1 below).

To economically exploit this difference, it typically needs to be present in large particles so that ore sorting can be used for separation.

Without getting too technical, different minerals have different surface properties that can attract or repel specific chemicals we use for separation. One method of chemical separation is “froth flotation”. Froth flotation uses air bubbles injected into a water-mineral slurry to float specific mineral particles for separation. Some minerals and metals (like gold) are naturally hydrophobic and will easily attach to these air bubbles. Other minerals can be selectively coated with chemicals, so they attach to the air bubbles via the chemical coating, while gangue particles are left behind.

Specific chemical reactivity can also be used to dissolve metals for separation. For example, cyanide will aggressively dissolve gold while leaving barren rocks intact. Certain acids can be used for the dissolution of other specific metals. Once the target metals are in solution, the solution is separated from the gangue particles and the metals are recovered.

There are other unique properties of certain minerals that can be exploited for effective separation. For example, diamonds fluoresce under x-rays and can be easily identified by optical sensors. Some minerals, like nickel ore, heat rapidly when exposed to microwaves, while others are unaffected. There are many weird and interesting properties of minerals that we know about today and many more we’re finding every year through research, testing and serendipity.

While the concepts of mineral processing seem simple enough, the difficult part is selecting the right combination of processes and making them work harmoniously. No two ores are the same and consequently, the best process for one ore may not be the right choice for another.

Rarely does a mineral processing plant utilize just one stage of comminution or separation; it employs complimentary processes to take advantage of the unique attributes of both the ore and waste minerals.

There will always be difficulties within the world of mineral processing but building on the fundamental principles identified in books like De Re Metallica, companies like Sepro can continue to work towards navigating any complications through innovative research and extensive experience.