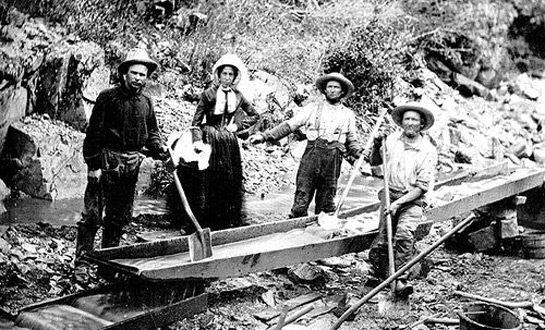 Just like the most legendary people working in our industry, mineral processing equipment is ancient.

There are crushers and concentrators used in mines today that have been the same for over a century. How can computers go from taking up entire rooms to fitting neatly in our pockets within a few decades, but in the last hundred years we haven’t come up with a better way to crush rocks than by smashing them against slightly harder things?

There’s ‘if it ain’t broke, don’t fix it’ and then there’s just ‘broke’. If your boss’s boss can break 100 on the golf course after taking every Friday off for “networking”, you think we’d be able to upgrade the jig out back.

Anyways, we’ve put together a list of historical facts highlighting our favourite elderly machines that are, incredibly, still cranking away.

Do you know when Paris was captured by Prussian forces?

It’s the same year Napoleon the Third kicked the bucket. And do you know what other major thing was invented that’s still used in the mineral processing industry today? The humble ball mill: aggressively smashing rocks together in a can since the Siege of Paris.

Samuel L. Jackson was born the same year as the hydraulic cone crusher.

1948 was a big year for both the mining industry and cinema. It gave us two very famous entities, one being a machine that pumps out tonne after tonne of great material, the other is the modern hydraulic cone crusher.

And just like Samuel, you can find cone crushers everywhere. Unlike Samuel L. Jackson, we have yet to hear a complaint of copious amounts of snakes in our cone crushers.

“The jigging sieve has recently come into use by miners.” That is a headline pulled straight from De Re Metallica, the most innovative guide to mining published in 1558. Modern gravity concentrators have only been around since the late 70s. Compared to jigs, these pieces of mineral processing equipment are technically just ‘vintage’, though if we wait a few more years they’ll officially be an ‘antique innovation’; maybe we can get a spot on our favourite daytime TV roadshow. In the meantime we’ve got a few R&D projects up our sleeve to see if we can bring gravity concentration into the 21st century.

Photo Caption: The latest and greatest from all the hippest miners of 1558.

Wanna buy some equipment that a time-traveling miner from the 1800s wouldn’t recognize? Contact the mineral processing equipment experts at Sepro today because we sure don’t make stuff like they used to.