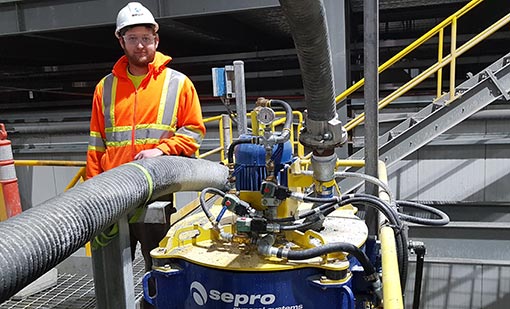 2019 is almost done, and what a year it’s been! As we’re putting up our Christmas decorations and preparing for 2020, we’re also taking some time to reflect on some of our most exciting mineral processing news from the past year. We’ve been fortunate enough to help companies break gold recovery records, optimize and commission some new mineral processing operations, and witness the price of gold go up and up.

The Price of Gold Went up Almost $300 an Ounce

The price of gold in 2019 rose steadily from January to September and has remained quite high since then. Gold began the year at $1,281.65 USD an ounce, and reached a high point on September 3rd, peaking at $1537.85 an ounce. The price has fluctuated a bit since then but has remained quite high relative to gold prices over the past six years. If you’re a gold recovery company, make sure you’re taking advantage of these prices⏤they may not stay high for long!

2019 was also a record-breaking year for TMAC, as they recorded positive earnings for the first time. In Q1, they earned $7.2 million in profit. This is partly thanks to their installation of Falcon Gravity Concentrators, which are effective high G-force gravity separation equipment made for fine gold recovery.

TMAC currently uses Falcon SB and C models for optimal gold recovery. So far this year, the operation has recovered 114,860 ounces of gold.

Sepro commissioned and optimized the gravity circuit of St. Barbara’s (previously Atlantic Gold) Moose River project in Nova Scotia. The project uses a conventional gravity-cyanidation mill with a nameplate capacity of 6,000 tonnes per day. Over the first year of commercial production, the robust gravity circuit, designed and supplied by Sepro Mineral Systems, has been responsible for well over 50% of total gold production.

The gravity circuit was designed to treat one-third of the circulating load. It consists of two Falcon SB 1350 High G-Force Gravity Concentrators and one SLR 3000 Intensive Leach Reactor.

During their first year, the Moose River project produced 90,500 ounces of gold.

The company expects gold production of 6 to 7 million ounces of gold every year, for at least a decade.

Improve Your Gold Recovery in 2020

2019 was a great year for gold, so hopefully, you were able to take advantage of it! If not, don’t worry, give Sepro a call and we can help you take your mineral processing equipment to new heights.